As a top model, Sorcha Muprhy can command a high price. But her fame hides a terrible secret from her past – one she has tried to put behind her, but which is about to return to haunt her…

Romain de Valois knows Sorcha is damaged goods – her hedonistic reputation speaks for itself. But he needs and wants her for one final assignment, and he’s prepared to pay…

So when Romain discovers that Sorcha hasn’t changed her ways, he decides to change the deal…her pay-cheque will be recouped in the bedroom – as his mistress!

Review of BOUGHT FOR THE FRENCHMAN’S PLEASURE

It’s taken years for Sorcha Murphy to battle tabloid stories about her supposedly sordid past, including drugs, to become one of the world’s top models. But some still view her unfavorably. Romain de Valois, the head of the fashion world’s most powerful business conglomerate, initially turns her down for his new advertising campaign because of what he thinks he knows about her past. Neither is ready for the intense attraction they feel. But just as their restrained passion threatens to explode, Romain thinks he’s caught Sorcha with drugs. Abby Green’s BOUGHT FOR THE FRENCHMAN’S PLEASURE (4.5) is a poignant, intensely emotional story about two people who have been emotionally scarred battling through a fortress of defenses in order to open up their hearts. 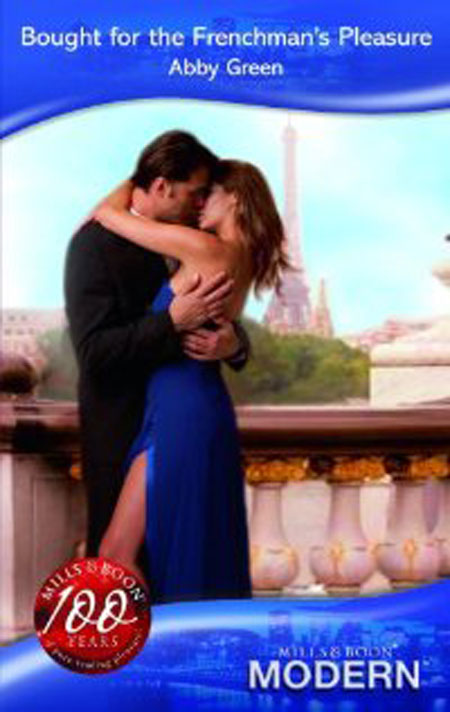 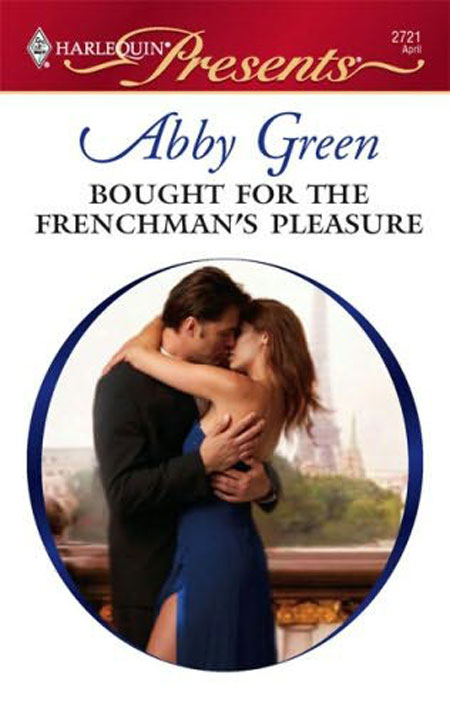 Bought for The Frenchman’s Pleasure

Sorcha opened her mouth, to try and say something, to reach him and he took advantage, driving his mouth down on hers, full of pent up aggression and anger. Hatred. Sorcha’s hand had come up to his to try and take it away and in her shock she left it there. His words were swirling in her head but all she could feel was him, wrapping his arms around her again, his tongue dancing erotically with hers. He was relentless, a master of her senses and she could do nothing but succumb, even as she felt a tear trickle out form under one eyelid and down her cheek.

After a long, long moment Romain pulled back with a jerky violent movement and looked down. He shook with reaction, to what he’d just revealed, to what he’d found on Sorcha’s person, and most of all to the way she was making him feel. To the way she held his body in her spell. He could see wetness on her cheek where a lone tear had left its mark and instead of inciting concern, he welcomed the hardness that settled in every bone. She was looking up at him with those big eyes. Lips trembling, plump from his kiss. And he would have her. Even though it went against every moral principle he’d held dear. Even though he’d hate himself. Because he couldn’t not.

Sorcha swallowed painfully, her head and insides in absolute chaotic turmoil. ‘But…you mean you’re not going to send me home?’

He shook his head and a cruel smile touched his mouth. ‘No way. At this stage that would cost me money…’ he trailed a finger down her cheek and around her jaw. ‘And cost me my sanity. You’re going to finish the job…as my mistress…’