You are here: Home1 / book2 / Bound By Her Shocking Secret

Her secret revealed… His ring refused!

It takes all of Mia’s courage to tell tycoon Daniel about their daughter. Though tragedy tore them apart, he deserves to know he’s a father. But accepting his proposal? That will require something far more extraordinary… 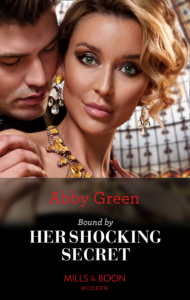 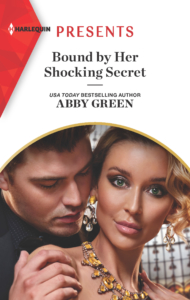 Daniel Devilliers surveyed the scene below him where guests thronged the main salon floor. The iconic Devilliers jewellers which had been standing at this location on Place Vendome, one of Paris’s most exclusive addresses, since the eighteenth century, had been totally updated and refurbished in the last six months and this evening was the grand re – opening.

Since his father’s death a few years ago, when Daniel had inherited one of the most enduring brands in the world, he’d slowly but surely been working with a very conservative and resistant board to haul Devilliers into the twenty – first century. And his efforts were finally paying off.

It was a triumph. The party of the month. Year. Invitations had been sought after by heads of state and royalty. But Daniel was eager to open up Devilliers to a more varied and vibrant demographic and more than a few VIPs had been reduced to begging for admission.

Actors and actresses rubbed shoulders with politicians and titans of industry and amongst them moved the most beautiful models in the world, male and female, showcasing the brand’s latest and legacy designs, from the latest in cutting edge wrist watch design to a diamond tiara that had been made for Empress Josephine.

Diamonds, rubies, pearls, sapphires, emeralds set amongst gold, platinum and silver, sparkled and vied for attention on the models, complemented by dresses specially chosen to display the jewellery to best advantage.

Framed black and white photos adorned the walls, depicting the history of Devilliers. An oil painting of the wife of the man who had founded the company hung in pride of place on a central wall, her intricate tiara sparkling amongst the elaborate up – do of her thick dark brown hair. Distinctive grey eyes looked out from a haughtily beautifully face. The same distinctive eyes and aristocratic features that had made it down through the generations to Daniel.

Except in Daniel, those aristocratic features were hewn into something far more masculine and uncompromising. High cheekbones and a surprisingly sensual mouth was countered by deep – set eyes and a hard jaw. Together with thick dark hair cut short and his tall, powerfully lean build, the whole package of an Alpha – male in his prime was a siren call to anyone with a pulse.

A movement caught Daniel’s eye, he saw his PR advisor motioning for him to come down. He knew he should join the party. But he’d taken a moment out to observe, and to feel…he wasn’t sure what he’d been hoping to feel? A sense of triumph that his vision was finally being realised? A sense of satisfaction? But he didn’t feel either of those things. What he did feel was a certain kind of anti – climax. A flatness.

And then something else caught his eye. A strapless satin black dress. A flash of tawny gold hair, piled high. The smooth slope of bare shoulders, lightly golden. His insides clenched in helpless reaction before he could control his response.

Memories, vivid and provocative, clawed at the edges of his mind, seeking purchase. A laughing face, bright white teeth. Lush mouth. Sparkling light green eyes. Wild tawny hair wrapped around his hand as he thrust deeper and deeper into an embrace so hot and tight, he’d never wanted to stop.

And other memories, less carnal. A pale face, huge eyes. Red – rimmed from tears. Pain. A block of ice in his chest, freezing the blood in his veins. ‘It’s probably for the best. We both know this.’

‘Get out, Daniel. I don’t ever want to see you again.’

Daniel shook his head to dislodge the very unwelcome memories. The present returned, the chatter from the level beneath him. The music from the string quartet who he’d had flown in from Vienna.

Angry with himself for indulging in this moment, Daniel pushed back from the railing that bordered the mezzanine area and moved to go downstairs. The past was the past and it had no place here. The future beckoned, and as Daniel came down the wide spiral staircase, he pushed every lingering wisp of memories of her down so deep that they would be crushed forever.

He caught the eye of one stunningly beautiful woman at the bottom of the stairs. She smiled and it was explicit. It didn’t move him in the slightest. Perfect.