It’s hot in the jungle…

The last time Luca Fonseca saw Serena DePiero, he ended up in a jail cell. The Brazilian billionaire has since clawed back his reputation, but he’s never forgotten her. So when Luca discovers Serena’s working for his charity, his anger reignites!

Serena has changed. Finally in control of her life, she refuses to let Luca intimidate her. She’ll deal with whatever her new boss throws at her—from a rain-forest trek to the social jungle of Rio! But she can’t handle the passion that flares hotter than Luca’s fury.

Especially when it threatens to consume them both! 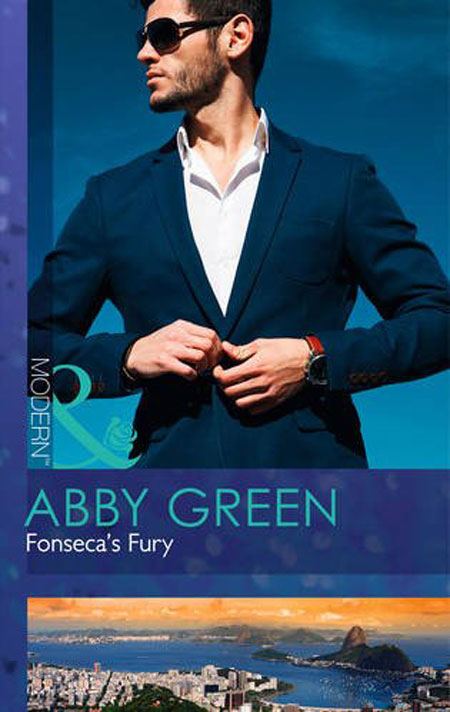 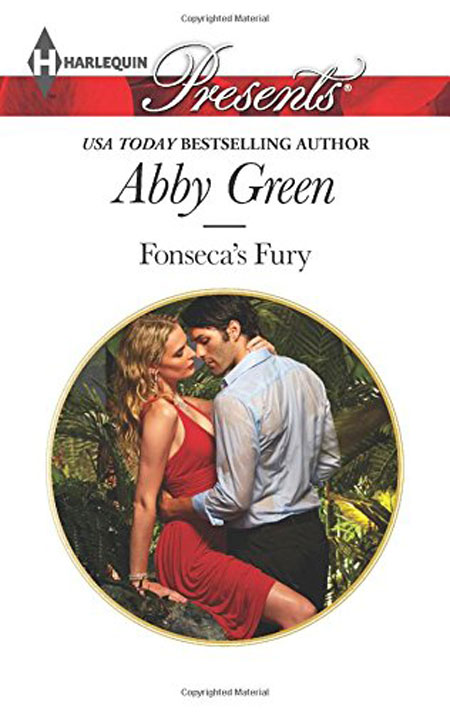 Serena DePiero sat in the plush ante–room and looked at the name on the opposite wall spelled out in matt chrome lettering and reeled.

Renewed horror spread through her. It was only on the plane to Rio de Janeiro, when she’d been reading the extra information on the charity given to her by her boss that she’d become aware that it was part of a much bigger organization. An organization run and set up by Luca Fonseca. The name Roseca was apparently an amalgamation of his father and mother’s surnames. She hadn’t been operating on a pay-grade level that had required her to be aware of this knowledge before now.

Except here she was, outside the CEO’s office, waiting to be called in to see the one man on the planet who had every reason to hate her guts. Why hadn’t he sacked her months ago as soon as she’d started working for him? Surely he must have known? The insidious suspicion took root: perhaps he’d orchestrated this all along, to lull her into a false sense of security before letting her crash spectacularly to the ground?

That would be breathtakingly cruel and yet, this man owed her nothing but his disdain. She owed him. Serena knew that there was a good chance her career in fund-raising was about to be over before it had even taken off. And at that thought she felt a spurt of panic mixed with determination. Surely enough time had passed now? Surely even if this was some elaborate revenge cooked up by Luca Fonseca as soon as he’d known she was working for him, she could try to convince him how sorry she was?

But before she could wrap her head around it any further a door opened to her right and a sleek dark – haired woman dressed in a grey suit emerged.

Serena’s hands clenched tight around her hand – bag. She felt like blurting out,but I don’t want to see him!

But she couldn’t. As much as she couldn’t just flee. The car that had met her at the airport to deliver her here still had her luggage in the boot.

As she stood up reluctantly, a memory assailed her with such force it almost knocked her sideways: Luca Fonseca in a blood – stained shirt, with a black eye and a split lip. Dark stubble shadowing his swollen jaw. He’d been behind the bars of a jail cell, leaning against a wall, brooding and dangerous. But then he’d looked up and narrowed that intensely dark blue gaze on her, and an expression of icy loathing had come over his face.

He’d straightened and come to the bars, wrapping his fingers around them almost as if he was imagining they were her neck. Serena had stopped dead, in shock at the battered sight of him. He’d spat out, Damn you Serena DePiero, I wish I’d never laid eyes on you.

The clipped and accented voice shattered Serena’s memory and she forced her feet to move, taking her past the unsmiling woman and into the palatial office beyond.

She hated that her heart was thumping so hard when she heard the door snick softly shut behind her. For the first few seconds she saw no – one because the entire back wall of the office was a massive window and it framed the most amazingly panoramic view of a city Serena had ever seen.

The Atlantic glinted dark blue in the distance, and inland from that were the two most iconic shapes of Rio de Janeiro; the Sugar Loaf and Christ the Redeemer high on Corcovado. In between were countless other tall buildings right up to the coast. To say that the view was breathtaking was an understatement.

And then suddenly it was eclipsed by the man who moved into her line of vision. Luca Fonseca. For a second, past and present merged and Serena was back in that nightclub, seeing him for the first time.

He’d stood so tall and broad against the backdrop of the dark and opulent place. Still. She’d never seen anyone so still, yet with such a commanding presence. People had skirted around him, men suspicious, envious. Women lustful.

In a dark suit and open – necked shirt he’d been dressed much the same as other men but he’d stood out from them all by sheer dint of that preternatural stillness and the incredible forcefield of charismatic magnetism that had drawn her to him, before she could stop herself.

Serena blinked. The dark and decadent club faded. She couldn’t breathe. The room was instantly stifling. Luca Fonseca looked different. It took her sluggish brain a second to function enough for her to realise that he looked different because his hair was longer, slightly unruly. And he had a dark beard that hugged his jaw. It made him look even more intensely masculine.

He was wearing a light coloured open – necked shirt tucked into dark trousers. For all the world the urbane civilised businessman in his domain, and yet the vibe coming from him was anything but civilised.

He crossed his arms over that massive chest and then he spoke. ‘What the hell do you think you’re doing here, DePiero?’

Serena moved further into the vast office, even though it was in the opposite direction she wanted to go. She couldn’t take her eyes off him, even if she’d wanted to.

She forced herself to speak, to act as if seeing him again wasn’t as shattering as it was. ‘I’m here to start working in the fundraising department for the Global Communities charity.’

Serena flushed. ‘I didn’t know you were…involved until I was on my way over here.’

Fonseca made a small sound like a snort. ‘An unlikely tale.’

‘It’s true,’ Serena blurted out. ‘I had no idea the charity was linked to the Roseca Foundation. Believe me, if I’d had any idea I wouldn’t have agreed to come here.’

Luca Fonseca moved around the table and Serena’s eyes widened. For a big man, he moved with innate grace, and that incredible quality of self – containment oozed from every pore. It was intensely captivating.

He admitted with clear irritation, ‘I wasn’t aware that you were working in the Athens office. I don’t micro – manage my smaller charities abroad because I hire the best staff to do that for me, although I’m reconsidering my policy after this. If I’d known they’d hired you of all people, you would have been let go long before now.’

His mouth twisted with recrimination, ‘But I have to admit that I was intrigued enough to have you brought here, instead of just leaving you at the airport until we put you on a return flight.’

So he hadn’t even known she was working for him. Serena’s hands curled to fists at her sides. His dismissive arrogance set her nerves even more on edge.

He glanced at a big platinum watch on his wrist, ‘I have a spare fifteen minutes before you are to be delivered back to the airport.’

He hitched a hip onto the corner of his desk for all the world as if they were having a normal conversation amidst the waves of tension. ‘Well, DePiero? What the hell is Europe’s most debauched ex – socialite doing working for minimum wage in a small charity office in Athens?’

For years, she had been the enfant terrible of the Italian party scene. Frequently photographed with reams of newsprint devoted to her numerous exploits which had been invariably blown out of proportion. Nevertheless Serena knew well there was enough truth behind the headlines to make her feel that ever – present prick of shame.

‘Look,’ she said, hating the way her voice got husky with repressed emotion and shock to be facing this blast from her past, ‘I know you must hate me.’

Luca Fonseca smiled. But it was hard. ‘Hate? Don’t flatter yourself DePiero, hate is a very inadequate description of my feelings where you are concerned.’