“Much as I hate to admit it, you might just be worth paying an astronomical amount of money to bed.”

Siena DePiero might have blue blood in her veins, but she’s never coveted her family’s champagne lifestyle-it’s only ever brought her misery. When the family bubble bursts, they are left destitute and Siena’s only tradable asset is her virginity…

Andreas Xenakis has waited years to get his revenge and he’ll willingly pay to have Siena in his bed and at his mercy. But after just one night together everything Andreas once believed about poor little rich girl Siena is shattered…

Review of FORGIVEN BUT NOT FORGOTTEN

Although she didn’t have a choice, Siena DePiero has always regretted betraying Andreas Xenakis and leaving him to her father’s thugs. But by the look on his handsome face, it may be too late for the truth. Andreas isn’t the same meager man Siena deceived five years ago. Now the tables have turned, and he’s never forgotten her perfidy. This time she won’t escape him or his bed. Green’s tale of deception and treachery is flawless. Her heroine is the perfect mix of sultry and sweet, and her hero is all arrogance and ego – yet both exhibit astonishing honesty, especially in their fiery love scenes. 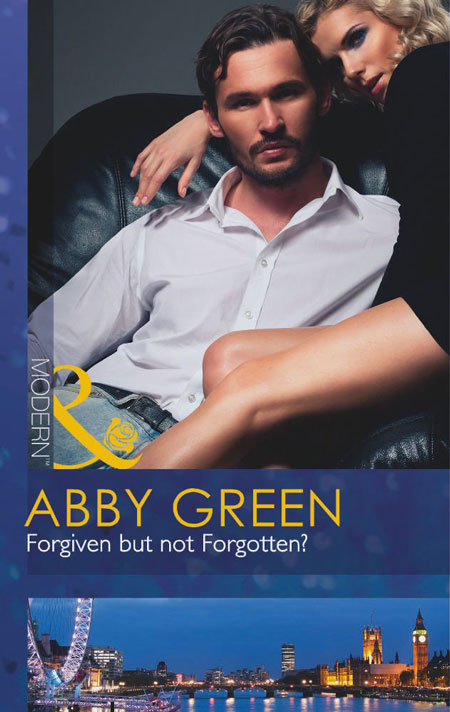 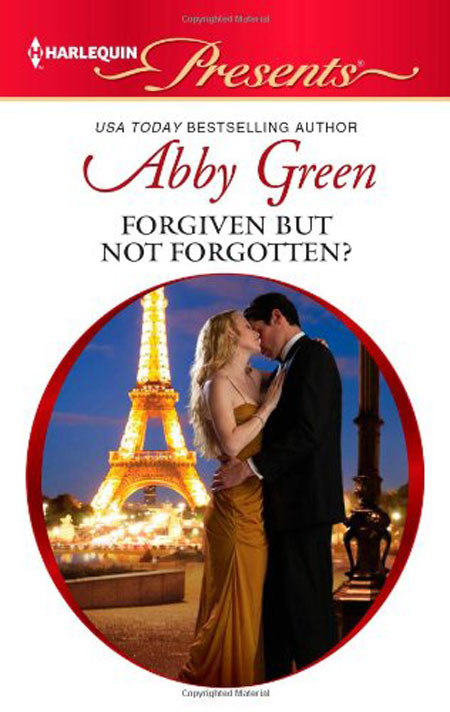 Forgiven But Not Forgotten

Andreas’s blood hummed with anticipation as he watched the woman who stood just feet away, her chin still lifted defiantly even though they both knew she was about to give in. She would be his. Her little act of pride had just been exercise in proving to Andreas that he’d still be the last man she’d choose on earth even if there was enough heat between them to melt an iceberg. And even if she was desperate.

His mouth tightened into a line. If anything this just proved that he was right; Siena wanted out of her challenging circumstances and back into the world she knew so well.

All he cared about was sating this burning desire inside him. Witnessing Siena DePiero swallow her pride and denial of their mutual attraction would be a delicious revenge and the very least he deserved after suffering so acutely at her hands.

Siena hated the smug tone of arrogance in Andreas’s voice. She couldn’t believe she was even contemplating what she was about to do, and assured herself she could do this. She had to.

In a way it should be easy — she’d merely be reverting to a type she’d played well for as long as she could remember; that of the privileged heiress with nothing more on her mind than the dresses she’d wear to the next charity function. No — one except for Serena, had ever known of her deep hatred of that vacuous world where people routinely stabbed one another in the back to get ahead. Where emotions had been so calcified that no reaction was genuine.

Before she could lose her nerve altogether, Siena blurted out, ‘I will come with you, right now if you wish.’

Siena saw Andreas’s slow smile of triumph curling his mouth up and said quickly before he thought he was about to have everything his way, ‘But I have terms…for this…if we’re to embark on…’ words failed her. She simply could not articulate what he wanted, and expected. What she’d agreed to in her head.

He arched a dark brow. ‘This affair? Becoming lovers? Companions?’

Siena flushed, the word companions, even though he’d meant it sarcastically struck her somewhere very deep and secret. They would never be companions. Feeling agitated, she moved behind her one rickety chair, putting her hands on its back as if it could provide support. She nodded once, jerkily. ‘Yes. I have terms.’

Andreas folded his arms across his chest. He looked almost amused and Siena welcomed this as it made a fire grow in her belly. He only wanted her for one thing and she was only exploiting him for his desire.

Baldly she declared, ‘I want money,’ and then she winced inwardly. She’d been brought up to be the ultimate society diplomat yet here with this man she regressed to someone barely able to string a sentence together. She was too raw around him, she couldn’t call up that fake polite veneer if her life depended on it.

As Andreas registered Siena’s words, something dark solidified in his gut. He should have expected this. A woman like Siena DePiero would never come for free. She would expect him to pay handsomely for the privilege of bedding her. As much as he’d paid for touching her in the first place.

Disgust evident in his voice he said coolly, ‘I’ve never paid for a woman in my life and I’m not about to start now.’

Siena went as pale as parchment and Andreas had to curb the urge to sneer. How could she look so vulnerable when she was effectively standing there asking for payment to be his mistress? Two spots of colour bloomed in her cheeks then and bizarrely he felt comforted.

He could see her struggling with whatever she wanted to say until finally she got out, ‘Those are my terms. I want a sum of money or else I’m not going anywhere and if you come near me I’ll scream the place down…’

His lip curled, ‘Just like your neighbours? I didn’t see anyone rush to their aid.’

Siena flushed and it made Andreas bite out, ‘Just how much money are we talking about?’

He saw Siena’s throat swallow and she licked her lips for a second, effortlessly drawing Andreas’s eye to those lush pink swells and making that heat in his body intensify. Damn her but he wanted her, possibly even at a price.