Caitlin Ryan has never had an orgasm—and she wants one! So does she
(1) Date lots of Mr. Nice-but-Wrongs and keep faking and hoping?
(2) Do a little DIY with a battery-operated friend and a lot of imagination?
(3) Go to NYC and have a wild night with a totally hot stranger?

When (1) and (2) don’t work, Caitlin goes for (3). But even with motorbike-riding sex god Liam, old habits die hard, and yet again she has to fake it. Only he notices—and is not happy! Could things get any worse? Well, yes, when Liam becomes her new boss. But when Caitlin reveals that she’s never climaxed, Liam rises to the challenge, offering a weekend of hot sex with the only goal her pleasure. Will letting him take control work? Caitlin can’t resist finding out…. 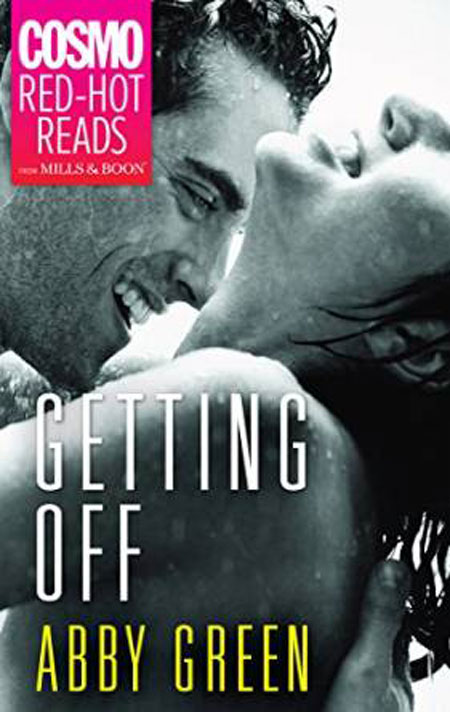 ‘Mary, everything worked out great, I got the keys to the apartment, I’m reviving Aunt June’s plants and she’s bent over like a pretzel at the ashram — it’s all good.’

Suddenly I spotted a bar that looked friendly and trendy. I was not the kind of person who relished drinking alone, but at that moment I fancied sitting at a bar savouring my arrival in New York, enjoying my independence and contemplating the untold adventures that lay ahead of me. I’d been looking for jobs all week since I’d arrived, with no luck, yet.

I cut my sister off midflow, ‘Gotta go, sis, I’ve just spotted a guy in a balaclava with a gun, I’m going to ask him what he’s doing. Talk later!’

I left her sputtering and cut off the connection. It never got old, freaking Mary out. Chuckling to myself, I tucked my phone into my back jeans pocket and walked into the bar. It was dimly lit, achingly hip. Funky electronic music. Along with a very cool-looking crowd. After all, this was the Lower East Side where hipsters prevailed.

I saw an empty stool at the bar, and as nonchalantly as I could, walked over and slid onto it. The bartender was there right away, ‘What can I get you, miss?’

He was back in seconds. ‘That’ll be five dollars.’

‘Thanks.’ I gave him the five dollars and he was already taking another order.

I took a long sip of the refreshing cold beer and put the bottle back down. I was aware of people on either side of me and snuck a look to my right. A girl had her back to me, talking to someone else. And then I heard a voice from my left.

‘You should leave a dollar down as a tip.’

Instantly, for no reason, I prickled at the slightly censorious tone. And then another part of me registered how deep the voice was and prickled with awareness.

Slowly, I looked to my left and blinked. Holy. Mother. Of God. Heat slammed into my gut. The guy sitting right beside me was ridiculously, crazily gorgeous.

Dark blond hair, curling, messy. Slightly overlong. Tanned skin. Gorgeous face but with an edge of ruggedness that cancelled out any prettiness. Even if he did have cheekbones that would make a woman weep with envy. A wide mouth, firm lips. His jaw was stubbled with a day’s growth.

But it was his eyes that dominated his face. Daniel Craig blue eyes. Piercing. Mesmeric. And looking right at me.

He quirked a brow, a small smile playing around that mouth. ‘You’re not from here, are you?’

I shook my head, still feeling as if someone had just hit me with a bat. How on earth had I not even noticed him? I could see that he was broad and powerful, even though he was sitting down. Faded T-shirt. I wanted to look down but didn’t. I was already imagining soft worn jeans highlighting powerful thigh muscles.

‘I thought I recognized the accent. My family came from Waterford originally.’

‘You’re Irish?’ He didn’t look like any Irish guy I’d ever seen in my entire life.Ever. They must have infused the blood along the way, introducing a hefty dose of gorgeous Italian…or maybe Spanish. Maybe he was descended from the Vikings who had pillaged Ireland…I was losing the plot.

He leaned back slightly, angled his body more toward me and something went properly on fire in my pants when I saw how broad his chest was. I imagined my clitoris vibrating gently in appreciation. His blue gaze dropped and then came back up. My nipples hardened into two stinging points just like that.Jesus wept. I was going to melt all over this stool.

He held out a hand. ‘Liam. Pleased to meet you, Caitlin.’

His voice saying my name curled right through me. I was almost afraid to touch him, but I put my hand in his and it was dwarfed. A hum of electricity seemed to shoot right to my clitoris, which was definitely vibrating now.

With a ridiculous sense of reluctance I took my hand back.

His voice seemed to get even deeper. ‘So what are you doing here? Holiday?’

Looking for you! I almost blurted out, because the realization was shocking and swift. This was my Faceless Dream Lover. In all his hard-packed muscled glory.