He needs an heir—she’s carrying his baby…

Being swept off her feet by a tall, bronzed Frenchman isn’t on Jane Vaughan’s holiday list of things to do. But Xavier Salgado-Lézille isn’t a man a girl can say no to easily. Especially when he comes complete with a château on his own island!

Jane tries to play it cool, but she’s inexperienced, out of her depth…and a virgin. Falling in love isn’t part of the plan…neither is discovering she’s pregnant once she’s home and the affair is over.

Now Xavier knows she’s carrying his child, and he wants an heir. Jane has been chosen as his bride!

Review of CHOSEN AS THE FRENCHMAN’S BRIDE

While on vacation, Jane Vaughan literally runs into French billionaire Xavier Salgado-Lezille. They couldn’t be more different. She’s a sweet, innocent woman, and he’s a jaded world-famous bachelor known for his inability to commit. Their intense attraction quickly draws them together, and soon Xavier invites her to stay with him. Jane refuses, returns to England and soon discovers she’s pregnant. They marry, but both are afraid to reveal their true feelings, which strains the marriage to the breaking point. In Chosen as the Frenchman’s Bride (4), Abby Green does a splendid job of depicting the bumpy but ultimately rewarding transition of fantasy romance into real and lasting love. 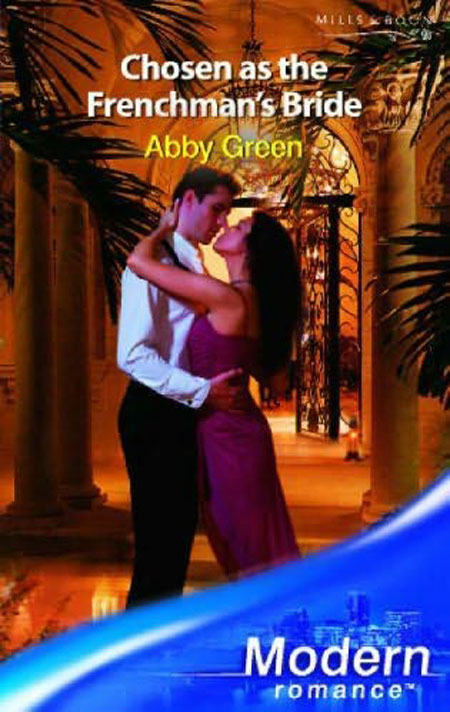 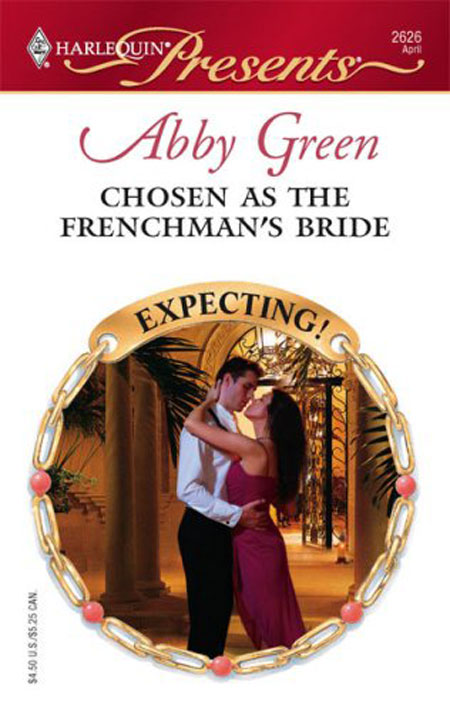 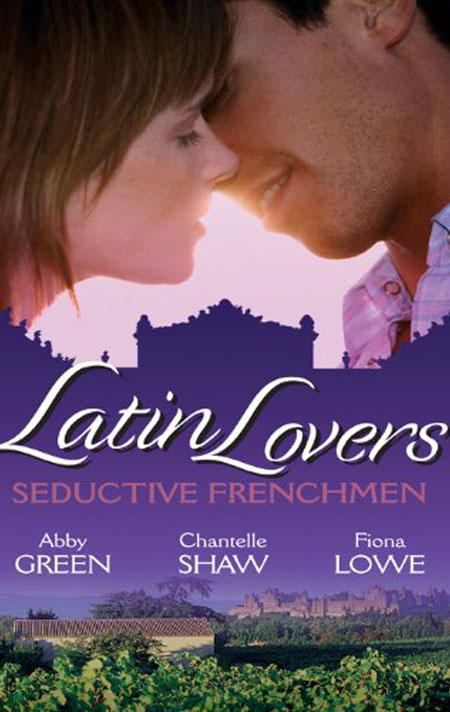 CHOSEN AS THE FRENCHMAN’S BRIDE

He noticed her as soon as she appeared in the archway between the lobby and the pool, his eyes drawn there as if pulled by a magnetic force. A rare excitement stirred his pulse, he told himself that he hadn’t come especially to seek her out. She seemed slightly hesitant, unsure. She wasn’t the most beautiful woman he’d ever seen, but she had a stunningly natural quality about her, which in his world was rare, compelling. In a simple black dress that outlined every slender curve and a generous bosom she caught his eye again, and he couldn’t look away. Didn’t want to.

The soft waves of her dark hair framed her face. Intriguingly she seemed to be slightly self conscious. Or perhaps he thought with a hardened cynicism that had been honed over years, she carefully projected that vulnerable fragility. God knows she had managed to capture his attention in the street yesterday, her huge striking blue eyes had momentarily stunned him, rendering him speechless. And he was never stunned, or speechless. Something in their depths had caught him, combined with that lush mouth, looking up at him so innocently, full of a shocked kind of awe.

Then amazingly when he had seen her on the island earlier today he had followed some base instinct to see her up close again…she was everything he remembered, and more. He recalled how she trembled under his hands in the street yesterday, and under his look earlier. He couldn’t ever remember a woman being so blatantly responsive.

His mouth compressed when he thought of her refusal to have dinner with him. That certainly hadn’t happened in a while, if ever. Was she playing some game? He wouldn’t be surprised…he was constantly amazed at the lengths some women went to just to get his attention. Playing hard to get wasn’t a new trick…

He mentally dismissed the bottle redhead to his left who was chattering incessantly, oblivious of the fact that his attention had long wandered from her far too obviously surgically enhanced assets.

With a barely perceptible flick of his wrist a man materialised at his side, bending low,

‘Who is that woman?’ He indicated to where she stood.

‘She’s not a guest with us sir, but I can find out if you like…’

He just shook his head and dismissed him.

The ennui that had settled over him recently was definitely fading as he took in her graceful progress through the tables to reach her companions. With a skill based on years of reading people and body language, a skill that had tripled his fortune many times over he assessed them in seconds, focusing on the man who he guessed was her date. No competition. His heart rate speeded up pleasantly as he contemplated them under hooded lids. He decided now that he would conveniently forget the blow to his pride when she had refused him earlier. She was definitely worth pursuing. A surge of anticipation and desire made him feel alive in a way he hadn’t in months…