She has the power to change everything…

Rafaele Falcone runs his luxury auto empire and private life with the same ice-cold ruthlessness. Emotions play no part in his decisions, and he always demands the best, so he doesn’t hesitate to ask brilliant engineer Samantha Rourke to join his company—even though he walked away from her years before.

That sexy Italian accent still sends shivers down her spine, but gutsy Sam knows it’s not just about her impossible desire to feel his hands on her body once again. Because Falcone is about to discover her deepest secret—one that will send his world into a spin! 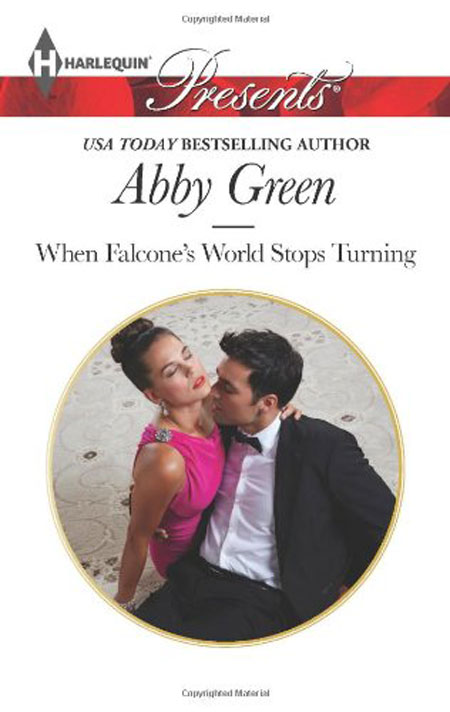 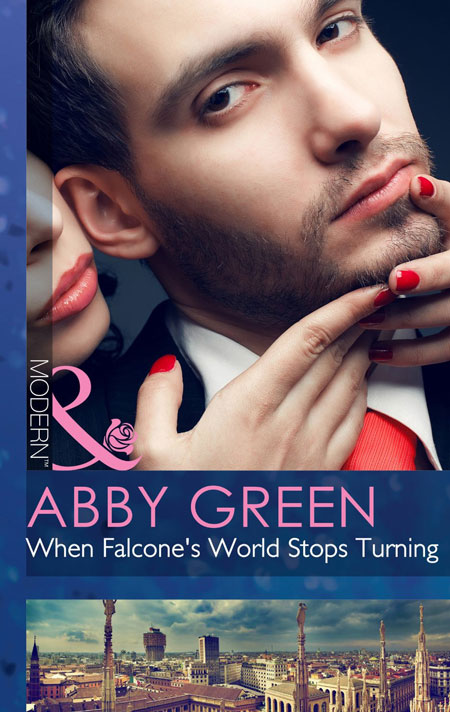 ‘Sam, sorry to bother you but there’s a call for you on line one…someone with a very deep voice and sexy foreign accent.’

Samantha Rourke went very still. Deep voice, sexy foreign accent. The words sent a shiver of foreboding down her spine and a lick of something much hotter through her pelvis. She told herself she was being ridiculous and looked up from the results she’d been reading to see the secretary of the research department at the London University.

Kind eyes twinkled mischievously in a matronly face. ‘Did you get up to something at the weekend? Or should I say someone?’

Again that shiver went down Sam’s spine but she just smiled at Gertie. ‘Chance would be a fine thing. I spent all weekend working on Milo’s playschool nature project with him.’

The secretary smiled and said indulgently, ‘You know I live in hope Sam, you and Milo need a gorgeous man to come and take care of you.’

Sam gritted her teeth and kept smiling, restraining herself from pointing out how well she and Milo were doing without a man. Now she couldn’t wait to take the call. ‘Did you say line one?’

Gertie winked and disappeared and Sam took a deep breath before picking up the phone and pressing the flashing button. ‘Dr Samantha Rourke here.’

There was silence for a few seconds and then came the voice. Low, deep, sexy and infinitely memorable. ‘Ciao Samantha, it’s Rafaele…’

The prickle of foreboding became a slap in the face. He was the only one apart from her father who had called her Samantha, unless it had been Sam in the throes of passion. All the blood in her body seemed to drain south to the floor. Anger, guilt, emotional pain, lust and an awful treacherous tenderness flooded her in a confusing tumult.

She only realized she hadn’t responded when the voice came again, cooler. ‘Rafaele Falcone…perhaps you don’t remember.’

As if that was humanly possible!

Her hand gripped the phone handle and she managed to get out, ‘No…I mean, yes, I remember.’

Sam wanted to laugh hysterically. How could she forget the man when she looked into a miniature replica of his face and green eyes every day?

‘Bene,’ came the smooth answer, ‘How are you Sam? You’re a doctor now?’

‘Yes…’ Sam’s heart was doing funny things, beating so hard she felt breathless. ‘I got my doctorate after…’ she faltered and the words reverberated in her head unspoken, after you came into my life and blew it to smithereens. She fought valiantly for control and said in a stronger voice, ‘I got my doctorate since I saw you last. How can I help you?’ Again a bubble of hysteria rose up: how about helping him by telling him he has a son?

‘I am here in London because we’ve set up a UK base for Falcone Motors.’

‘That’s…nice.’ Sam said a little redundantly. The magnitude of who she was talking to seemed to hit her all of a sudden and she went icy all over. Rafaele Falcone. Here in London. He’d tracked her down, why? Milo. Her son, her world. His son.

Sam’s first irrational thought was that he must know and then she forced herself to calm down. No way would Rafaele Falcone be calling her up sounding so blasé if he knew. She needed to get rid of him though, fast. And then think.

Rafaele’s voice took on a cool edge again. ‘You’re not curious as to why I’ve contacted you?’

That sliver of fear snaked down Sam’s spine again as an image of her adorable dark haired son came into her mind’s eye.

‘I, well…I guess I am.’ She couldn’t have sounded less enthusiastic.

Rafaele’s voice was almost arctic now. ‘I was going to offer you a position with Falcone Motors. The research you’re currently conducting is exactly in the area we want to develop.’

Sheer blind panic gripped Sam’s innards at his words. She’d worked for this man once before and nothing had been the same since. Her tone frigid she said, ‘I’m afraid that’s impossible. I’m committed to working on behalf of the University.’

Silence for a few taut seconds and then Rafaele responded with a terse, ‘I see.’

Sam could tell that Rafaele had expected her to drop at his feet in a swoon of gratitude, even just at the offer of a job, if nothing more personal. It’s the effect he had on most women. He hadn’t changed. In spite of what had happened between them. The words he’d left lingering in the air when he’d walked away from her resonated as if it had happened yesterday: It’s for the best cara. After all it wasn’t as if this was ever anything serious, was it?

He’d so obviously wanted her to agree with him that Sam had done so in a flat and emotionless voice. Her body drained of all feeling. Relief had been a tangible force around him. It was something that she hadn’t forgotten and which had helped her to believe she’d made the right decision to take full responsibility for Milo on her own. Even so, her conscience pricked her now:you should have told him.

Panic galvanised Sam, Rafaele Falcone’s offer of a job barely impinging on her consciousness. ‘Look, I really am quite busy. If you don’t mind?’

Sam recalled the bile that had risen within her when Rafaele had made his disinterest all too clear and bit out curtly, ‘No, I’m not interested. Goodbye Signore Falcone.’

Goodbye Signore Falcone, and this from a woman he knew intimately. Rafaele looked at the phone in his hand for a long moment. Not comprehending the fact that she had just hung up on him. Women did not hang up on him.

Rafaele put the phone down and his mouth firmed. But Samantha Rourke had never been like other women. She’d been different from the start. Rafaele felt restless and got up from his seat to pace over to the huge window that overlooked operations at the new UK base on the outskirts of London. But for once his attention wasn’t on operations.

She’d come to his factory in Italy as an intern after completing her masters in mechanical automotive engineering. The youngest and only woman in the group of men. Scarily bright and intelligent. He would have had no compunction hiring her on the spot and paying her whatever she asked just to keep her working for him…but he’d become distracted.

Distracted by her sexily studious air and her tall, slim body. Distracted by the mannish clothes she insisted on wearing which made him want to peel them off to see the curves hinted at, but hidden underneath. Distracted by her flawless pale celtic skin and those huge almond shaped eyes set in delicate features. Grey eyes, like a stormy sea.

Rafaele had fought it. He didn’t like it, and especially not in the workplace. There were plenty of females working in his factory and yet none of them had ever turned his head. His life was run on strict lines and he’d always kept his personal life well away from his work. But she was so far removed from the kind of woman he normally went for: polished, sophisticated. Worldly wise. Women who were sexy and knew it and knew what to do with it. Cynical, like him.

Sam had been none of those things. Except sexy. And he knew she didn’t know it. She seemed to have absolutely no awareness of the fact that men’s gazes lingered on her as she passed by. It enraged Rafaele. The hot spurt of possessiveness was an alien concept to him. Before they’d even kissed!

In the end, sexual frustration had been such a tight ball of need inside him that one day he’d called her to his office and without being able to say a word, had taken her face in his hands and kissed her, and drowned in an intoxicating sweetness he’d never tasted before.

Even now that memory alone had an effect on Rafaele’s libido and body. He cursed. He’d thought of her months ago at his mother’s funeral. He thought of her more often than he liked to admit. Sam was the one who had taken him too close to the edge. They had shared more than just a brief sexual history, they had almost shared…a child.

Even now the shiver of fear snaked down Rafaele’s spine. How close he’d come to dealing with something he never wanted to deal with. It was what he needed to remember. He swung around and stared blankly into his huge office. Clearly she wanted nothing to do with him, and he should want to have nothing to do with her.

He should not have given in to the compulsion to track her down. He should steer well clear of Samantha Rourke and put her out of his mind. For good.