Welcome to The Chatsfield, London!

Step behind the hotel room doors of The Chatsfield, London…Salim Segal has turned his back on his legionnaire soldier life and made a new one for himself as an international actor. He’s seen much in his life, but nothing that captures him like the beauty of Natalja Jordan. Now he has one night at The Chatsfield to convince her that, despite the pains of the past, they might just have a future worth fighting for. 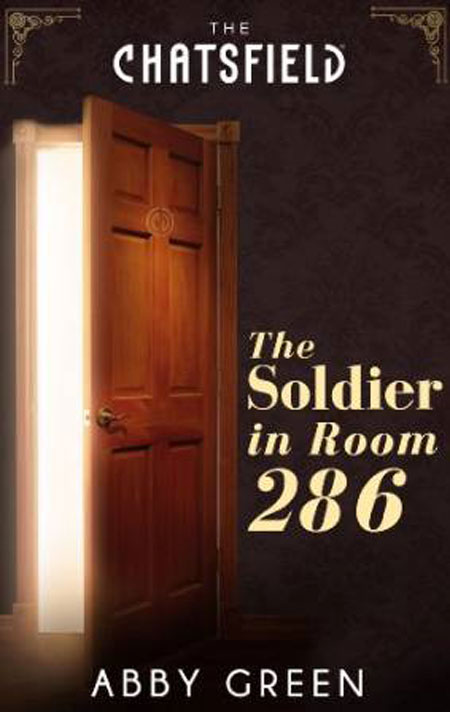 Salim Segal watched the woman work with mesmeric grace. The fact that he’d been mistaken about her didn’t sit easy within him. He didn’t usually read situations wrong, but when he’d felt that prickle of awareness of someone’s eyes on him and had turned and seen the slim woman, he’d only registered the camera when the flash had gone off.

He would have thought he’d be used to that by now – the thousand flashes of light a second as his image was captured a million different ways. But for the first time, he’d understood what it was to feel as if a secret part of your soul was taken when someone took a picture.

He’d been thinking…about things that he hadn’t thought of in a long time. Dark things that he thought he’d left behind amidst the rubble of so many ruined cities he’d lost count. Under a million twisted and torn bodies. And then he’d looked and seen her, and she’d caught that feeling of rawness. He’d seen it for himself in the image she’d taken, unwittingly.

She stood up now from her crouched position on the floor in front of the blonde model who had been pouting moodily, and said something in Russian to her and the girl smiled in response, looking like a teenager again. Salim caught the gist of it, something like, good job, we’re done.

His gaze skated over the model dismissing her. She was beautiful, yes, but too young, too skinny. Still a person who was forming.

Her on the other hand…he’d been able to tell from his first glance at her earlier, that she was a fully formed woman with all her mysteries and allure. His gaze traveled up over slim legs encased in soft leather, cupping a curvy backside.

As he watched from where he stood in the shadows near the door she stretched to ease out kinks, arms over her head, lifting her loose top up to reveal the naked indentation of a small waist and just like that, blood throbbed to his penis, like it had earlier when he’d noticed how huge her eyes were and that they were the most unusual shade of gold and green. Tawny. Like a Lioness.

She pulled something out of her hair and it tumbled down now, thick and messy around her shoulders, golden lights glinting among darker strands. She massaged her skull and Salim wanted to replace her hands with his. Lust was so urgent within him that he almost turned and walked out, not liking to be in the grip of anything out of his control.

But then someone said something to her and she turned and looked. He’d been spotted. And now he couldn’t move, as she walked towards him. For a man whose reflexes were honed enough to melt out of sight in an instant, this was not welcome.

The crew behind her were packing things away, the model had disappeared, presumably to change.

She stopped in front of him and those stunningly unusual eyes caught him again. Her gaze fell on the camera in his hand, against his chest. Relief was visible in her expression and then it hardened again and she looked at him, holding out a small hand. ‘My camera, please.’

She had an American accent, with a touch of something more foreign. Intriguing.

Salim held on to the camera. ‘I owe you an apology.’

Her eyes flared, as if she was surprised. He could see the pulse point in her neck beating hectically and his arousal wound tighter in his body.

She crossed her arms over her chest, pushing up the swells of her breasts. He could see the voluptuous curves just under the V of her top.

Salim dragged his gaze back up and was quickly sucked deep into those golden depths. ‘So why were you taking a picture of me?’

She blushed, looked away, tension oozing from every line of her body. When she looked back her eyes glowed. Hesitantly she said, ‘I don’t know. I was looking through the lens before I even realised…I hadn’t intended to take a picture.’

He remembered turning to look and then the flash. Had it been a reflex? Something in him loosened a bit.

‘Please,’ she said now, undoing her arms, holding out her hand again, her voice husky, ‘Can I have my camera back? It’s got sentimental value for me.’

He could tell she hated the admission, as if it might be a weakness. He could understand that. Instantly he felt remorse, but asked as he handed it over, ‘Why?’

He noted how she relaxed and cradled it to her chest, avoided his eye. ‘It was my father’s. He was a well – known photojournalist who covered conflicts all over the world.’

Salim tensed as unwelcome images automatically came to mind. ‘Who was he?’

She looked at him. ‘Bruce Jordan.’

She nodded. Salim reeled. He knew of her father. He shook his head, ‘Incroyable.’

Salim felt as if he was losing his footing. ‘You…here. This.’

He could see that she got what he meant. This bizarre and palpable chemistry between them.

‘How long are you staying here?’

Someone pushed past them at the door to take equipment out and Salim could see her look around, distracted. A kind of panic lanced him. He reached out and took her arm, she looked at him. Her scent tickled his nostrils; earthy and musky.

‘I’m sorry about earlier, you caught me…off – guard. Please, let me make it up to you, have dinner with me this evening?’

Her pupils dilated, drowning out some of the gold in her irises, but after a long moment she shook her head, hesitant. ‘I don’t think it’s a good idea.’

Salim’s hand tightened around her arm as if he could drag her bodily from the room. He wanted to. So badly it scared him. So he let her go, because he wasn’t sure it was a good idea either.

But still, he couldn’t stop himself from saying, ‘If you change your mind I’ll be in the bar at seven. I won’t wait for long.’